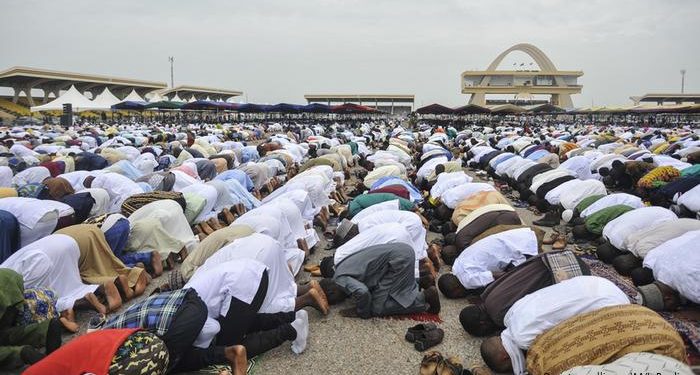 As muslims have commenced their annual fasting in this holy month of Ramadan, President Akufo-Addo has advised them to adopt the new normal of praying in their homes instead of going to the mosques for congregational prayers.

He noted in his eighth address to the nation that this directive will help prevent the spread of the deadly disease, COVID-19 which he described as “the invisible enemy”.

According to him, just as the Christian celebration of Easter was severely affected by the virus resulting in the cancellation of the usual activities associated with Easter, the Holy Month of Ramadan has not been spared either.

“It is my understanding that in the time of the Prophet Muhammad, Sallallahu Allayhi Wa’Salam, [peace be upon him], anytime there was heavy rain, he admonished the faithful, through the Azan, to stay in their houses and pray, rather than going to the mosques”.

Quoting the Holy Qu’ran, Akufo-Addo said “Bukhari’s collection of the Hadith, Book 13, Hadith No. 24, Ibn Sirin reports that Ibn Abbas said to his muezzin, and I quote, “After saying ‘I testify that Muhammad is Allah’s messenger’, do not say, ‘come for the prayer’, but say, ‘pray in your houses’…It was done by one much better than I…” (that is the Prophet). Through analogical deduction, Muslim scholars agree that ‘rain’ represented danger, and, therefore, the prescription for Muslims to stay at home and pray in times of heavy rain is applicable to all life-threatening situations”.

Ramadan is a period where muslims commence a dawn-dusk fasting which entails abstinence and performing acts of virtue.

Fasting during Ramadan is one of the five pillars of Islam and is compulsory for all Muslims except those who are ill, pregnant, breastfeeding, menstruating among other ‘tangible’ reasons.

Muslims from across the globe observe the month of fasting as an act of worship to Allah.