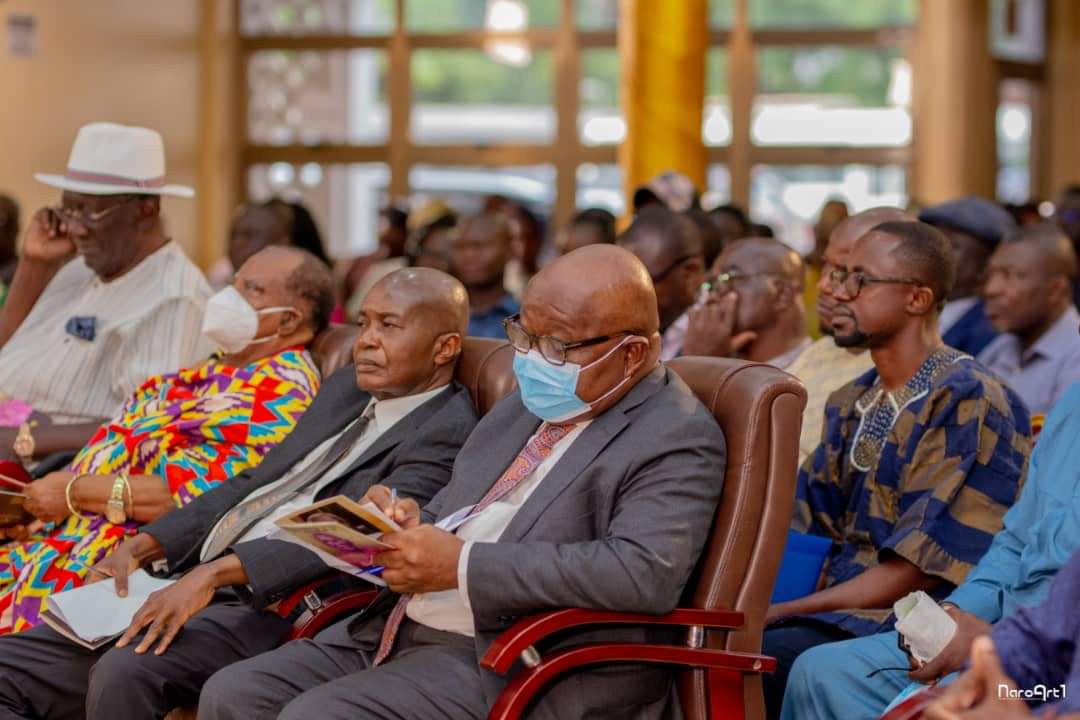 A book has been launched in commemoration of the 20th anniversary of Baffour Osei Akoto, a late Chief Linguist of the Ashanti region.

Titled: “BaffourOsei Akoto: A royal Patriot and the making of Ghana,” is a collection of speeches and articles made by famous speakers about the exploits of the late traditional icon, with particular reference to the annual, “Re: Akoto & 7 others Lectures” organized by the Ghana Law School.

The book is co-edited by Professor Aaron Mike Ocquaye, a former Speaker of Ghana’s Parliament and a renowned Lawyer.

The event formed part of a week-long activity set aside to commemorate the 20th Anniversary of the celebrated Statesman, a Cultural Icon and an astute Politician, whose struggles and sacrifices led to the entrenchment of multi-party democracy in the country.

Mr Oquaye, who outdoors the book, called on members of the New Patriotic Party (NPP) to shun politics of “monecracy” and hold in high esteem principles of human rights.

Mr Oquaye said that was the only way Ghanaians would keep the NPP in power and honour the memory of Osei Akoto and others who had lived and died for that principle.

Mr Stephen Ntim, NPP Chairman, said the legendary human rights and political activist must be celebrated for the role he had played in helping to build a democratic Ghana.

He said: “The struggles and vociferous nature of Baffour Akoto and other political activists who fought against autocratic rule catapulted the country towards the path of the rule of law.”

He was a Ghanaian agriculturalist, traditional ruler and politician.

He was the direct descendant of Asantehene Osei Bonsu and was chosen by Nana Sir Agyeman Prempeh II, as a senior linguist for the Asante-kingship in 1935, a position he held for 68 years until his death.

The late Chief Linguist has his name platted in the annals of Ghana’s history, as somebody who stood for human rights, freedom of speech and democratic rule.

He combined his role as a traditionalist with national politics in the early 1950s.

As the founder and leader of the National Liberation Movement (NLM), he contributed to the formation of the NLM, the main opposition Party of Osagyefo Dr Kwame Nkrumah’s Convention People’s, Party (CPP).

He was among prominent politicians who opposed the rule of the Nkrumah government and pushed for multiparty democracy.

Osei Akoto trained as a mechanic and worked with F & A Swanzy Company (transport section).