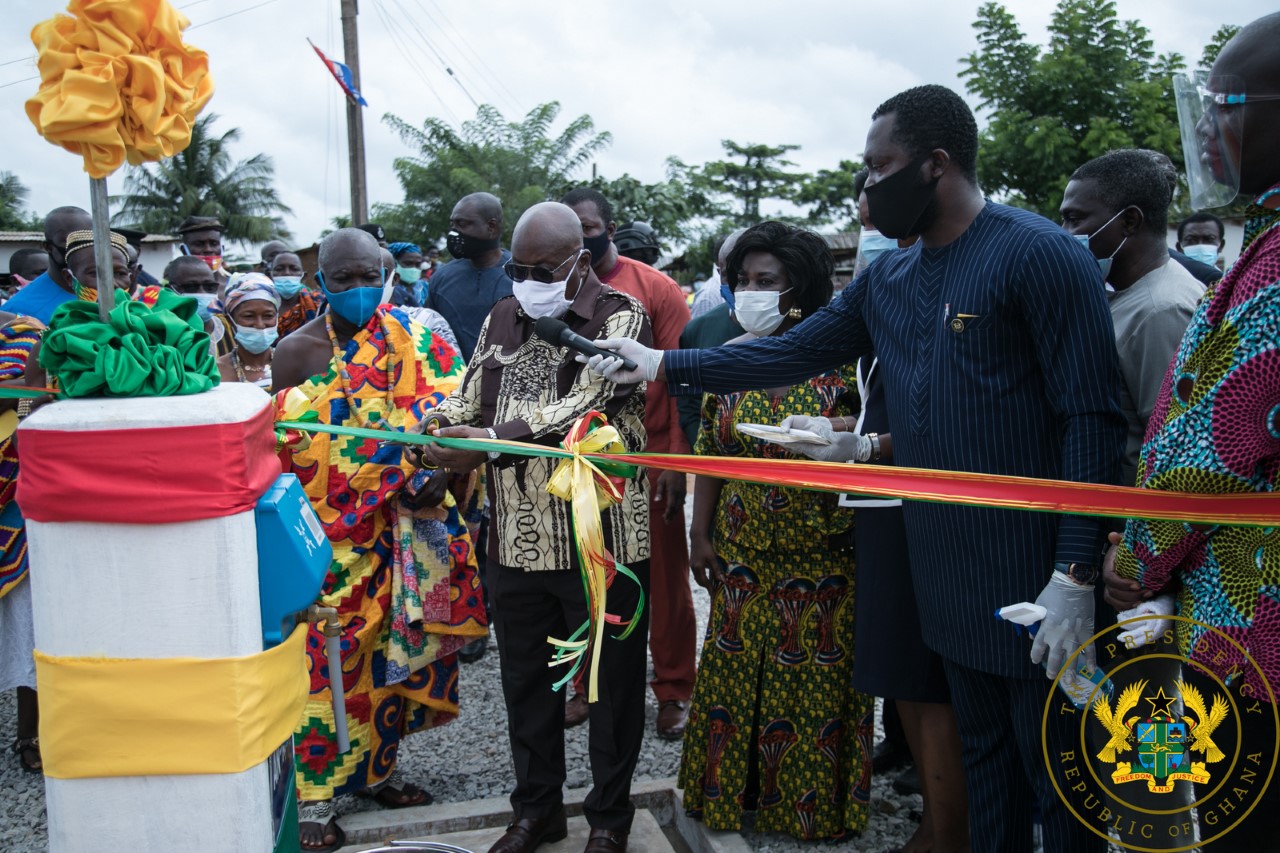 With construction of each of the 146 water systems, commencing in 2017, with a US$47.5 million credit facility from the World Bank, the beneficiary municipal and district assemblies namely, Awutu Senya West, Ajumako-Enyan-Essiam, Assin South, Asikuma-Odoben-Brakwa, Gomoa West, Abura-Asebu-Kwamankese, Mfantseman and Agona West.

In all, 154,826 people would be served with pipe borne water in these communities. Similarly, 6,118 households have been supported to construct household latrines.

Commissioning the Anomansa Cluster Water System, President Akufo-Addo noted that the project, which was completed on 4th March, 2020, at a cost of GH¢4.2 million, is currently serving a population of seven thousand, four hundred (7,400) residents.

“I have been made to understand that the choice of the Amasamkrom Community, for the commissioning of the Anomansa Cluster Water System, is due to the fact that it is the central community in relation to all the nineteen (19) beneficiary communities within the cluster,” the President said.

He continued, “Further, Amasamkrom has worked hard to be officially declared an Open Defaecation Free (ODF) community. I urge the Municipal Chief Executive, Nananom, and all stakeholders to continue to work hard to maintain this status.”

At Jeikrodua, in the Awutu Senya West constituency, President Akufo-Addo later commissioned the Papaase Cluster Water System, whose completion, according to the President is in fulfilment of a 2016 campaign pledge.

He indicated that the Papaase Cluster Water System, which was completed this year, on 24th February, 2020, at a total cost of some eleven million cedis (GH¢11 million), is currently providing water to nearly forty-eight thousand (48,000) people living in this community.

The President was hopeful that the 146 water systems would go a long way to enhance the country’s collective efforts at protecting the citizenry from the Covid-19 pandemic.

Residents, he added, will now not have an excuse to respect the enhanced hygiene protocols of washing their hands regularly with soap under running water.

President Akufo-Addo assured the country that Government will not relent in its efforts to increase access to water for all, a manifesto commitment which remains a key priority.

“We have secured funding for two other rural based water supply projects, namely, the Rural Communities and Small Towns Water Supply Project (RCSTWSP), otherwise known as the Aqua Africa Water Project, which will benefit one hundred and fifty (150) communities in the Ashanti, Eastern, Greater Accra, Oti and Volta Regions, and the Phase III of the Water Supply Scheme for Central Tongu, Adaklu Anyigbe, Agotime-Ziope Districts and the Ho Municipality,” he noted.

Further, Government, through the Ministry of Sanitation and Water Resources, has awarded contracts for the construction of six hundred and forty-five (645) mechanised borehole systems nationwide.

The President encouraged inhabitants in the beneficiary communities, with requisite skills in water systems management, to take advantage of the employment opportunities created by the provision of these water systems.

“Together, let us all protect and help maintain the water infrastructure, which has come at such significant expense to the taxpayer,” he said. 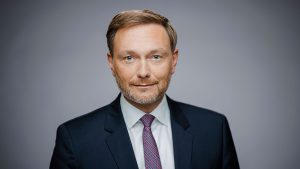