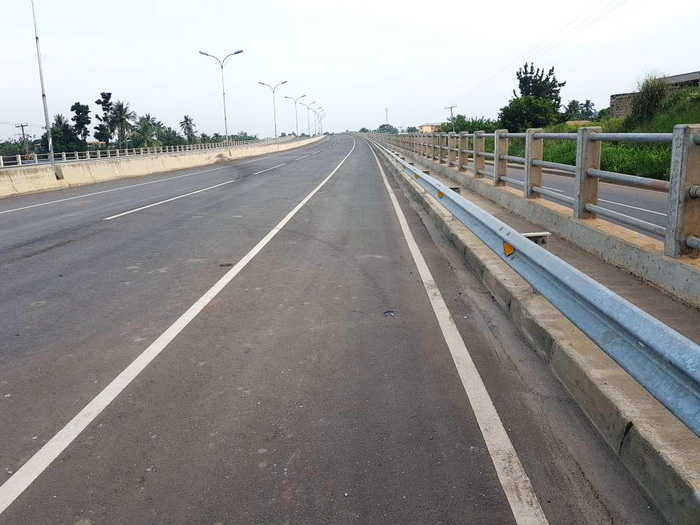 President Nana Addo Dankwa Akufo-Addo  will on Friday morning commission the Suhum overpass on the main Accra-Kumasi Highway in the Eastern region.

The project, including the overpass and the Apedwa Junction to Nsawam dual carriage road, funded by the Government of Ghana was first awarded to a Chinese Construction company, CWE- China International Water and Electricity in 2008 for GH¢150 million, to be completed in 3 years by the Kufuor administration.

But the project was abandoned by the Mills-Mahama administration during their term in office.

The Minister of Roads and Highways, Kwasi Amoako Atta two years ago attempted to commission the overhead but the residents in Suhum protested and it was halted.

Their concerns were about their safety, especially that of their children who cross the road on a daily basis to and from school.

The residents noted that there were no speed ramps, no streetlights, no reflectors and no pedestrian footbridge at the intercession to guarantee their safety.

In an efforts to complete the project, a sod-cutting ceremony took place last year to complete the second lane of the 32-kilometre Kwafokrom-Apedwa section of the Accra-Kumasi highway.

The GH¢333 million project undertaken by China International Water and Electric Corporation is expected to be completed within this year.

So far, the project is almost at its completion stage as the contractors have started laying asphalt on the second phase which would soon be opened for the free flow of traffic.

The Minister for Roads & Highways, Kwesi Amoako-Atta, who cut the sod at Suhum-New Station, reiterated that President Akufo-Addo had taken a bold decision adding that massive road projects would be seen at the end of his first term in office.

He pointed out that the Accra-Kumasi dual carriageway was originally scheduled to be completed within 36 months after ex-President Agyekum Kufuor cut the sod in 2008, however, after 10 years, the project was yet to be completed.

Mr Amoako-Atta emphasized that governance is continual and erstwhile projects should be continued even when there is a change of government.

After the commissioning of the overhead which the contractors have given the government the green light, the Road Minister will also embark on a tour and inspects some of the ongoing roads projects in the region.