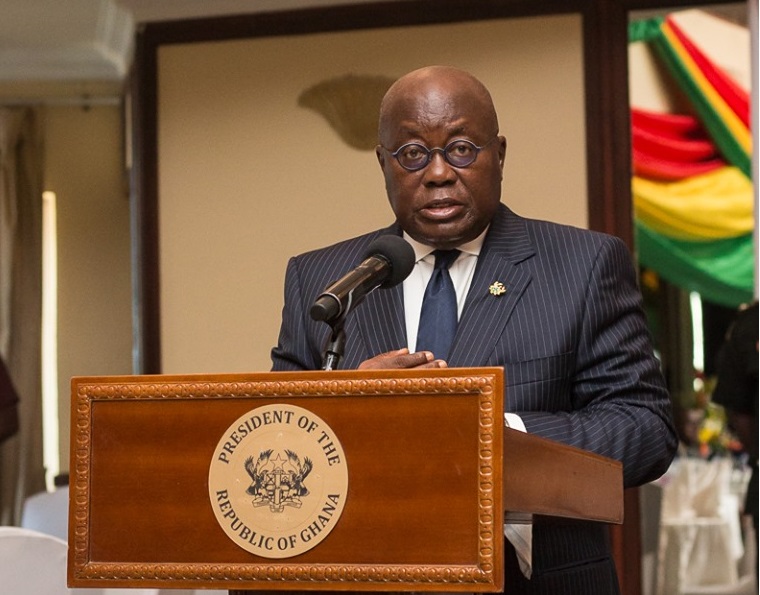 The President, Nana Akufo-Addo has joined his colleague head of states for the 33rd Ordinary Summit of the AU in the Ethiopian Capital Addis Ababa.

The year’s Summit saw South Africa’s President, Cyril Ramaphosa assuming the Chairmanship of the continental body, taken over from Abdel Fattah El-Sisi of Egypt after ending his one year term.

The African leaders are exerting their energies to deliberate on measures and strategies to end all forms of violence on the continent this year – 2020.

With snippets of conflicts and terrorism threatening the development of the continent, the African leaders gathered at the summit, have identified these as major priorities, hence, the theme, “Silencing the Guns: Creating Conducive Conditions For Africa’s Development.

Silencing the Guns is a commitment to achieve the Aspirations of Africa’s Agenda 2063, specifically Aspiration 4, which envisions a peaceful and secure Africa, thereby making peace a reality for African people.

With a continent inundated with a variety of resources including Gold, Manganese, bauxite, Uranium, Oil and Gas and Rubber among others, some parts of the continent are facing challenges such as inter-communal conflict, terrorism, and political violence among others.

These, according to the AU should be resolved for Africa to undergo development.
Other issues under discussions at the 33rd Ordinary Summit include the empowerment of African women.

The President of South Africa, Cyril Ramaphosa, at the opening session, was announced the new Chairperson of the African Union taking over from the President of Egypt, Abdel Fattah El-Sisi.

The new AU Chairman outlined his vision for the continent and pledged to, among others, work with President Akufo-Addo, who is the AU champion on Gender and Development, to help fight gender inequalities on the continent.

The Chairperson of the AU Commission, Moussa Faki also praised President Akufo-Addo for accepting to host the Secretariat of the African Continental Free Trade Area in Ghana.

The main outcomes of the summit will be the decisions and declarations of the Heads of States and Government and those made by the Executive Council.
These decisions will guide the work of the AU for the next year and beyond.