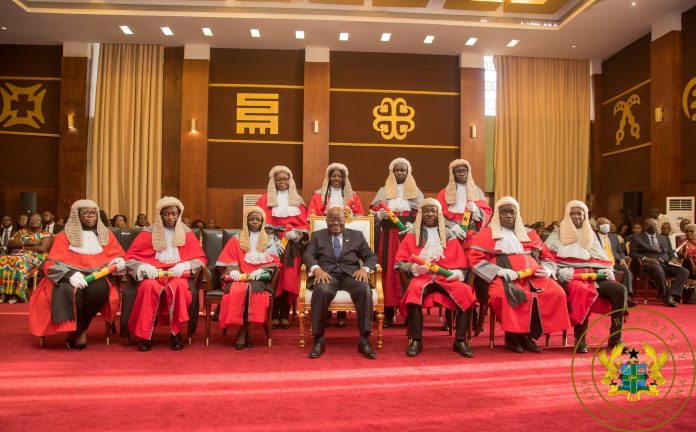 The swearing-in ceremony was held at the seat of government, the Jubilee House in Accra.

The President said they are eminently fit and qualified for the position of Justices of the High Court, and have the impartiality of mind and independence of spirit necessary to hold the high office.

With the High Court described as a superior court of record, with original, general jurisdiction as a tribunal of first instance, President Akufo-Addo told the new judges to exhibit honesty, integrity and sound knowledge of the law.

“A corrupt or incompetent judge is a danger to the public interest and judicial administration. The situation, where judges proffer judgements on the basis of decisions from lower courts and cite them as law, is not acceptable, and even less so, when judges cite no authority at all for their rulings, and give orders without reasons,” he added.

The President continued, “You must be learned, know your case law and ensure your decisions and judgements are properly motivated. The principle of stare decisis, the ancient common law doctrine of precedent, has been, and continues to be the time-honoured foundation for the coherent development of the law, and should not be lightly discarded.”