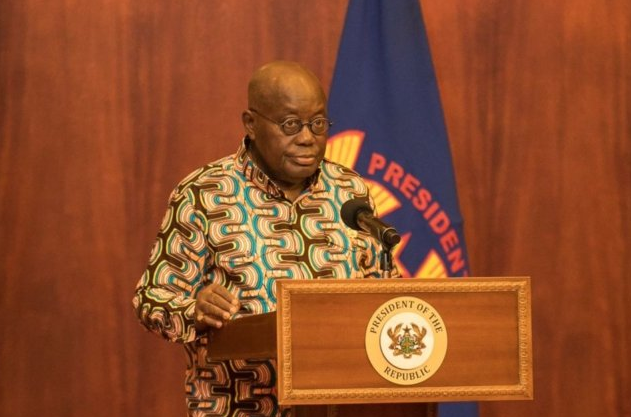 President Nana Addo Dankwa Akufo Addo, has commissioned the largest and the biggest Greenhouse Entrepreneurship Innovation Centre in Ghana and West Africa at Dwehenya in the Greater Accra Region to produce thousands of tons of vegetables through out the year.

The 75 green houses facility at the arena is expected to produce at least, about 4,500 tons of tomatoes annually and other crops such as pepper, cucumber, onion and many others and generate a revenue of about 11 million cedi the boost the nations economic growth.

Speaking at the commissioning, President Akufo-Addo indicated that Ghana stands to benefit immensely from the establishment of Greenhouse Villages.

This he said is to gradually replace the imported vegetables with local vegetable produce in order to give a great hope to the country.

The President mentioned that the facility is expected to equip the youth with knowledge, skills and expertise in crop production through the use of modern systems and technology as well as offer job opportunities for unemployed graduates in our country, stressing that the agricultural over the years in our country has been characterized by old fashion methods contributing to its unattractivess to mostly the youth.

Applauding the Minister for Business development Initiatives, Dr. Mohammed Awal, President Akufo-Addo pointed that per the the world banks estimate, agriculture and agribusiness can command a one trillion United States dollars presence in Africa’s continental economy by the year 2030

He added that the reliance and favourable weather conditions at the Green House on particular season for vegetable farming will now be things of the past.

The President again called on the Business Development to continue to collaborate effectively with the Ministers of food and Agriculture and of environment science technology and Innovation to enhance the prospects of success of this Venture.

The Minister for Business Development Initiatives, Dr. Mohamed IBrahim Awal, promised the President that his ministry will ensure that Ghanaians will not only grow businesses and employ people, but will also go to the world, compete and take ‘Ghana beyond aid.

“Nine thousand of them have been provided funding and they have created ninety two thousand jobs in three years under our watch. Mr. President, I want to assure you that this green estates and this building will turn out hundreds of thousands of young Ghanaians who will not only grow businesses and employ people, but will also go to the world and compete and take ‘Ghana beyond aid,'” the Business Development Minister said.