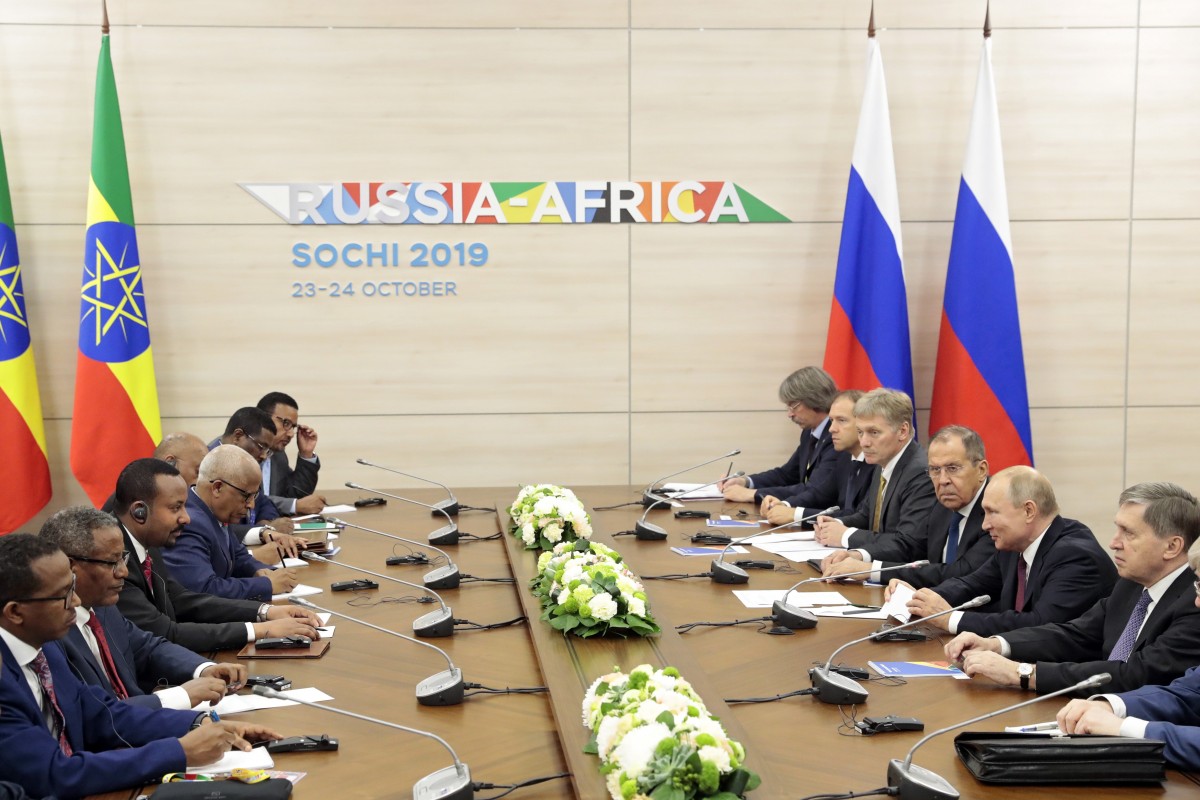 Russian President Vladimir Putin says Africa is becoming increasingly attractive for Russian businesses. The Russian leader confirmed that Russia’s annual trade with African nations doubled in the last five years to exceed $20 billion, and expressed confidence that it could double again “as a minimum” in the next four or five years.

President Vladimir Putin said this on Wednesday when he hosted dozens of African leaders for the first Russia-Africa Summit being held in Russia.

More than 50 African leaders have made their way to the Black Sea Resort City of Sochi for the inaugural Russia-Africa summit. The summit seeks Moscow’s greater influence on a continent where the West and China have a firm foothold.

The summit is widely seen as a reflection of Russia’s push for economic and military influence in Africa. More than 3,000 delegates from African countries and Russia are at the summit to discuss everything from nuclear energy to natural resources extraction.

Speaking at the two-day summit attended by leaders of 43 of Africa’s 54 countries, Putin hailed the continent’s “enormous potential for growth” and negotiated deals to tap its riches including diamonds, uranium and oil.

Russia has worked in recent years to expand its influence in Africa, taking advantage of the seemingly waning U.S. interest in the continent under President Donald Trump’s administration.

In a related development, the president Nana Akufo-Addo led a Ghanaian delegation to hold discussions with the Russian business community on the sidelines of the ongoing Russia Africa summit.

The President assured the Russian Business community of Ghana’s preparedness to revive the economic relations between the 2 countries. This was testament to the fact that he is the second Ghanaian leader after Dr. Kwame Nkrumah to visit the Russia and the first to visit after the break up of the defunct Soviet Union,
Calling the visit as purposeful, the President said it was time Ghana accelerated its business and economic ties with their Russian counterparts.

President Akufo-Addo touted Ghana’s economic revival while inviting the Russian business community to take advantage of the numerous opportunities especially in the oil and Gas sector.

The Russia–Africa Summit and Economic Forum is being organized by the Roscongress Foundation, the Russian Export Center and Afreximbank.