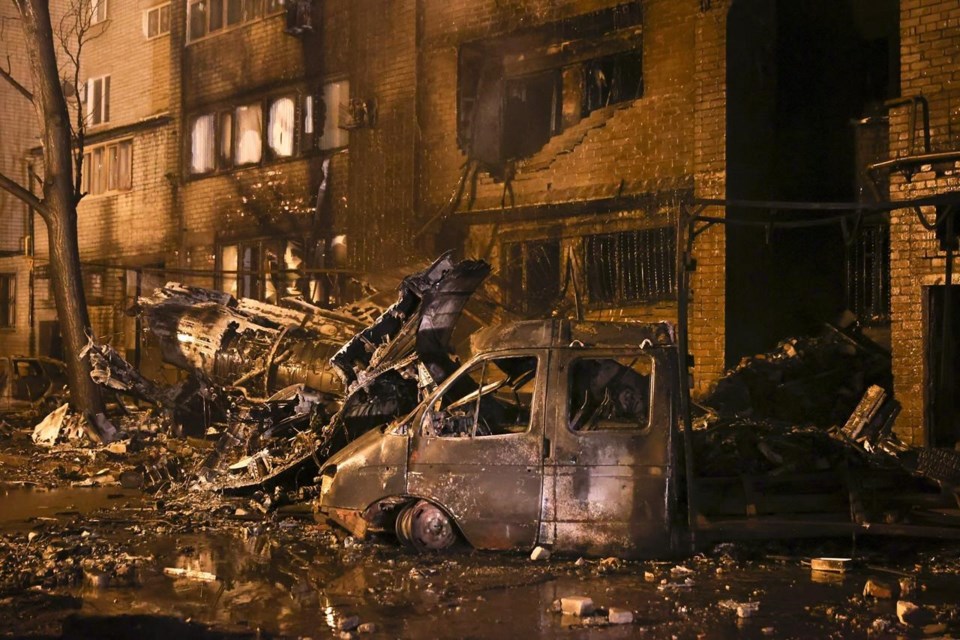 At least 13 people have now died after a Russian fighter-bomber plane crashed into an apartment block in the southern Russian town of Yeysk, officials say.

The two pilots of the Su-34 jet, on a training flight, ejected before it hit the building and caused a huge inferno.

Rescuers revised the death toll after finishing their search of the rubble, Russia’s emergencies ministry said. Three children were among the victims.

The officials said 68 were rescued from the blaze in the nine-storey block.

“According to a report from the pilots, who jettisoned from the plane, the reason for the crash was a fire in one of the engines during take off,” the Russian defense ministry said.

“At the point where the Su-34 came down, in the courtyard of a residential block, the plane’s fuel supply caught fire,” it added.

Footage has emerged apparently showing local residents trying to help one of the pilots, who can be seen lying on the ground with a parachute behind him.

The port town of Yeysk lies near the eastern Ukrainian war zone, across the Sea of Azov from the devastated city of Mariupol.

It has been used as a major training ground for Russia’s naval aviation.

Pupils from a nearby secondary school were among more than 360 people evacuated from the crash site, Russian media reported.

The Kremlin has ordered national and regional authorities to provide “all necessary assistance” to victims of the fire.

Russia’s Investigative Committee said it had opened a criminal case and sent investigators to the scene.