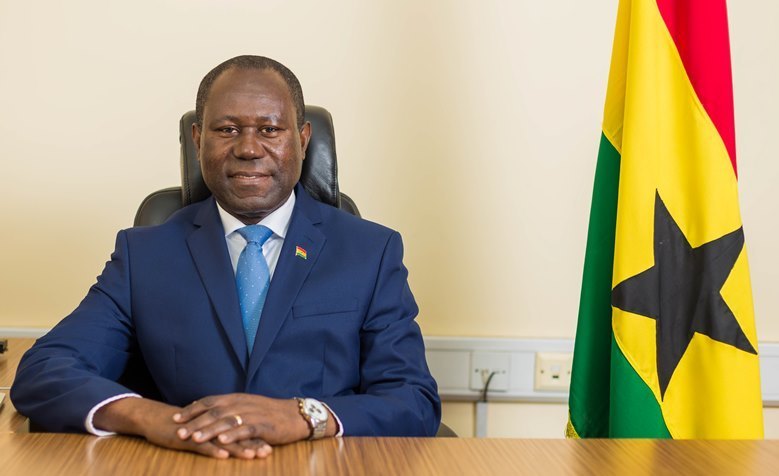 The Chief Executive of the Ghana Cocoa Board (COCOBOD), Hon. Joseph Boahen Aidoo has sternly cautioned cocoa farmers across the country to desist from child labour practices and from bringing their children to farmers even for mundane tasks that can be misconstrued as child labour.

He said COCOBOD has taken a stance against the use of children for such tasks as weeding, spraying, the application of fertilisers and harvesting of pods, particularly, in lieu of time supposed to be spent in school.

Hon. Aidoo issued this caution while addressing a gathering of chiefs and people at Nyinahin in the Ashanti Region, on the second day of a three-day working tour of cocoa producing communities.

He cautioned particularly against bringing infants and toddlers to farms where they could be exposed to farm hazards.

The COCOBOD Chief asked the farmers to heed religiously to his caution as failure to do so could have dreadful implications for the nation’s ability to sell cocoa beans to international buyers. He cited the present embargo which the United States senate has placed on cocoa imports from Cote d’Ivoire into the United States, as the kind of fate Ghana could suffer if cocoa farmers practice child labour.

Hon. Aidoo went on to issue a second caution against deforestation and encroachments into forest reserves for use as cocoa farms. He asked the farmers to police themselves and promptly report any such encroachers to authorities.

“The European Union has written to us about deforestation. They said that some people have been farming in forest reserves. We want to find all those people and remove them from the reserves because if we don’t do that the country will suffer some consequences.”

Hon. Aidoo also reminded the farmers of COCOBOD’s announcement earlier this year that the use of weedicides on cocoa farms is no longer allowed. COCOBOD has concluded plans to purchase motorised slashers for use on cocoa farms, by October, for weeding and pruning purposes.

The slashers will be distributed to farmer cooperatives in their various districts. The move towards the use of motorised slashers is to reduce the labour-intensive use of machetes and hoes for weeding. The drudgery associated with that weeding method causes some farmers to take the seemingly easy route of applying weedicides.

The COCOBOD Chief Executive is being accompanied by the Deputy Chief Executive of COCOBOD in charge of Agronomy and Quality Control, as well, as Directors and Research Scientists from COCOBOD.

The tour is to assess the level of farmer participation in the various cocoa productivity enhancement programmes (PEPs) being implemented by COCOBOD. A series of farmer rallies are held at different cocoa communities each day to interact with farmers and gather first-hand knowledge of the challenges they face in operating their farms and in their communities.