Sexual harassment on the street will be made a crime with jail sentences of up to two years, the government has said.

Wolf-whistling, catcalling and staring persistently will be criminalized in England under plans backed by Home Secretary Suella Braverman.

Sexual harassment is already illegal but it is hoped creating a new offense for street harassment will encourage more people to report it to the police.

“Every woman should feel safe to walk our streets,” Ms. Braverman said.

“We are putting the needs of victims at the heart of our decision, which will mean the criminals who commit these acts face the consequences they deserve,” the home secretary added.

A survey by pollsters YouGov for the BBC, published in March, suggested two-thirds of women did not feel safe walking alone at night, at least some of the time.

Females under 34 are most likely to be the target of sexual offences but the least likely to report them, according to the Crown Prosecution Service (CPS).

The Crown Prosecution Service, which decides whether to take cases to court, recently updated its advice to staff about street harassment. The new guidelines also cover offences like exposure, stalking and sexual assault.

The murder of Sarah Everard, who was abducted and killed by a serving policeman while walking home in south London last year, has also increased concerns over women’s safety and attitudes towards women.

Six months later, primary school teacher Sabina Nessa, 28, was murdered in south London by a man she had never met.

The backbencher’s bill will introduce harsher sentences for someone who deliberately harasses, alarms, or distresses someone in a public place, and increasing the maximum sentences from six months to two years.

In 2021, then home secretary Priti Patel launched a consultation on making street harassment a specific crime. The Home Office has now concluded it should be introduced after “the significant majority” of respondents were in favour.

Earlier this year, the Independent Government Adviser for Tackling Violence Against Women and Girls, Nimco Ali claimed the government had blocked the legislation.

She said: “Any action to tackle the epidemic of violence against women and girls is welcome, but the government must now go further and faster.”

The Home Office – the government department in charge of policing – recently launched a campaign encouraging people to call out harassment.

It’s called Enough and you might have seen posters for it popping up on public transport over the past month or so.

The adverts – mainly aimed at men – suggest ways for people to intervene if they see someone being harassed. 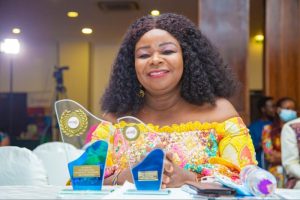 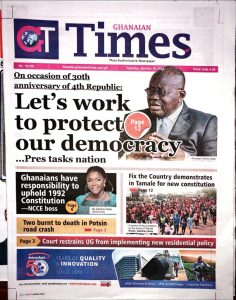 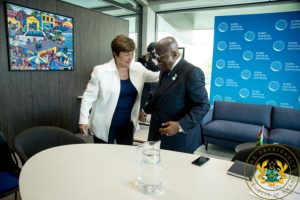 The International Monetary Fund (IMF) and Ghana are expected to announce a staff-level agreement on a loan deal today, Tuesday, December 13, after several months