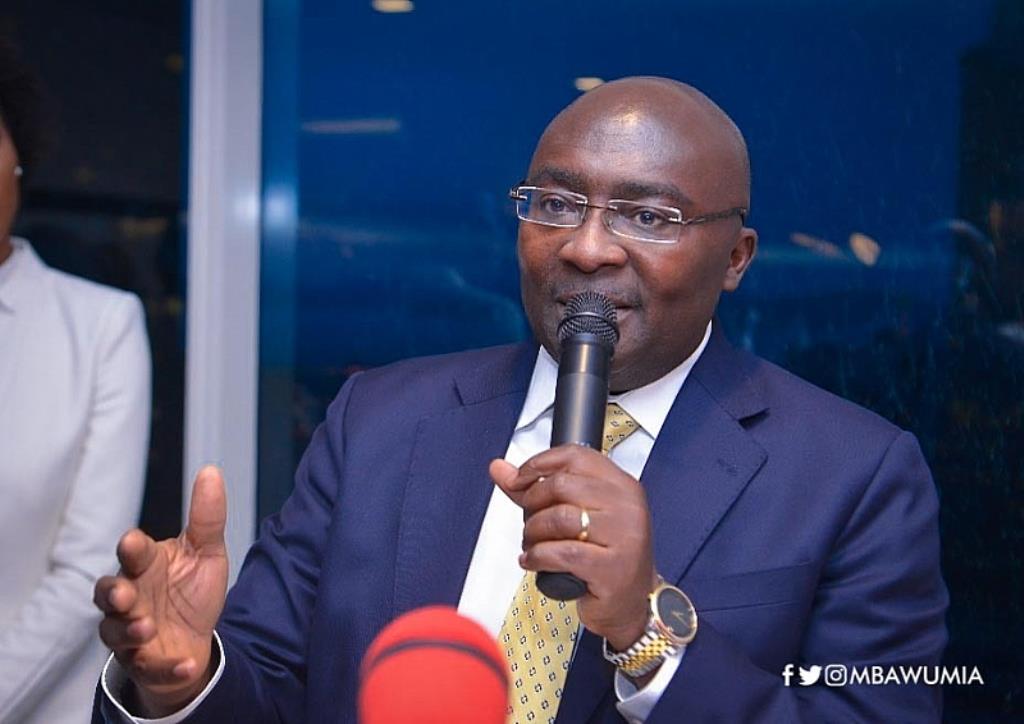 Tax Burden Reduced By 5% Since Our Assumption Of Office – Dr. Bawumia

The Vice President of the Republic of Ghana, Alhaji Dr Mahamudu Bawumia has justified government’s reduction of some taxes since it assumed the reins of power.

He said government has reduced the tax burden of Ghanaians by a cumulative 5% since it took office and it was necessary for the private sector to grow and create jobs for the teeming Ghanaian youth.

The Vice President made these remarks on Wednesday, at Legon near Accra, during the launch of the Job Centre program being rolled out by the Youth Employment Agency. Formerly known as GYEEDA, the agency was first created as the National Youth Employment Program, (NYEP) in 2006 during the John Kufuor administration and has undergone some changes since then.

The nomenclature was changed to GYEEDA during the Mills/Mahama administration of the NDC, was besought with numerous scandals which led to the imprisonment of the Former Coordinator of GYEEDA, and Former MP for Chiana Paga, Abuga Pele.

Under the chairmanship of Sammy Awuku, the new board of governors for the agency have striven to turn round the fortunes of the agency which is gaining public confidence in its operations.

Speaking Under the theme: Connecting the youth to job opportunities, the
Board chair of YEA Sammy Awuku, pointed out that more than one fifth of the youthful population globally is unemployed or underemployed and called for measures to be taken to address the problem.

He said YEA directed an audit which returned with certain key recommendations upon which we are witnessing the fruits today, and added that YEA is capable today of addressing youth employment in Ghana.

Taking his turn, the vice president Dr Mahamudu Bawumia, revealed that a new dawn is unfolding, as we celebrate YEAs hard work as they tackle youth unemployment in the country.

The Vice President said, in Ghana some 200,000 enter the job market every year putting pressure on the society, and while we have relied on the public sector, tech is gradually changing the employment landscape.

He advised the managers of the nation’s youth to build human capacities to create jobs in a sustainable way. He recalled the implementation of the nation’s builders Corp as a step. He revealed that Govt has employed about 350,000 people in the public sector alone, reminding all that the public sector alone cannot absorb all hence the need to partner with the private sector and this has led to restructuring the cost of doing business in Ghana.

He recalled the need to reduce taxes to stimulate local businesses to grow and expand to take on more Ghanaians. In this direction, he disclosed that govt has reduced the tax burden which otherwise was not business friendly, touching on the recent increases in electricity tarrifs.

The Vice President disclosed that the Job centres will offer training programs, counseling and provide high quality customer service for job seekers. He outlined some of the initiatives to be undertaken under the policy.

Present include Ishmael Ashittey (Greater Accra Regional Minister), Gloria Akufo (Attorney General and Minister of Justice), Cynthia Morrison (Gender Minister), Ursula Owusu Ekuful (Communications Minister), Catherine Afeku (Minister of State at the Office of the Senior Minister), some Members of Parliament, and some Chief Executive Officers of some public agencies, representatives of some political parties including the NDC, PPP and the PNC and YEA goodwill ambassadors Stonebwoy, Bola Ray and Emelia Brobbey among others.