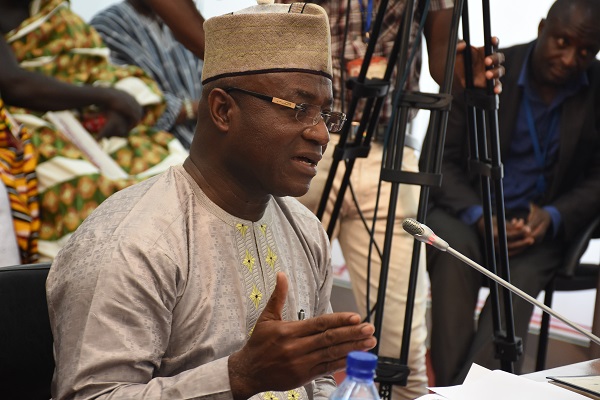 The Minister for Parliamentary Affairs and Leader of government business Osei Kyei Mensah Bonsu says the Auditor General do not have the power to disclose finding of malfeasance in the auditor general report to the public.

He stated that it is only the President who have the powers to instruct the auditor general to look into malfeasance.

Speaking at the forum organised by the Ministry of Parliamentary Affairs, on the theme Enhancing the Visibility of Parliament the role of The Media, Osei Kyei Mensah Bonsu said the early publications by the Auditor General breeds unnecessary tension in the public.

Osei Kyei Mensah also proposed for constitutional review of the Constitution to deal with most issues of national interest.

The Chief Director of the Ministry of Parliamentary Affairs, Dr Evans Aggrey-Darkoh has said that, it is plausible to argue that Parliament needs the support of the citizens to enable them execute their constitutionally mandated functions.

According to Mr Aggrey-Darkoh , even though some strenuous efforts have been made to report on the workings of Parliament and parliamentarians and the value of sane in a functioning democracy, a lot still need to be done to elicit the support of the citizenry to enhance the credibility and legitimacy of Parliament for sustainable development.

He said this in an engagement with the media at the conference room of the minor communication on the team, enhancing the visibility of Parliament: the role of the Media.

Mr Aggrey-Darkoh indicated that, the low approval of ratings of Parliament is partly attributed to the seemingly lack of appreciation of the working of Parliament and parliamentarians.

For him, this greatly impedes the work of Parliament as role in a democracy is undervalued.