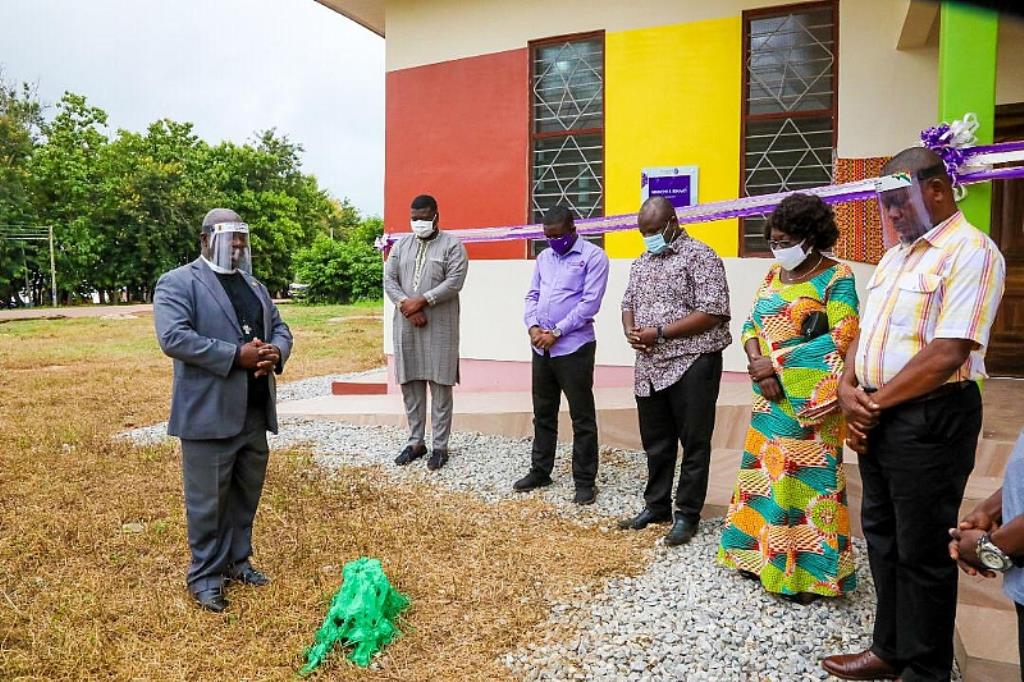 The Rebecca Foundation has handed over two libraries to the people of Daffiama Bussei Issah District in the Upper West Region and Wenchi in the Bono Region.

The Libraries are part of four libraries constructed by the Rebecca Foundation in parts of the country to inculcate the habit of reading in school children as a means of improving on their learning skills.

In a statement read on her behalf, Executive Director of The Rebecca Foundation and First Lady of the Republic of Ghana, H.E. Mrs Rebecca Naa Okaikor Akufo-Addo acknowledged the contribution of the current NPP administration in prioritising education with various policies such as free SHS and reinstituting allowances for teacher trainees to improve upon the ability of our young Ghanaians to effectively propel national development.

The First Lady thanked development partners of The Rebecca Foundation including the Ministry of Education, Ghana Library Authority, Book Aid International, the District and the Municipal Assemblies, where the libraries are sited for their support in executing the four projects.

She also announced the completion of two more libraries in other parts of the country to be commissioned soon.

Chief Executive of Ghana Library Authority, Mr Hayford Siaw, expressed gratitude to H.E. the First Lady in helping the agency meet one critical objective in its ‘2020 Year of Learning’ which is to increase the network of libraries in the country, stating that since 2017, government through GhLA has increased library network from sixty-one to seventy-four and now seventy-eight with the new libraries by the Rebecca Foundation

Present to grace the commissioning were MCEs, Officials of GES, Ghana Library Authority and Chiefs.

It will be recalled that in 2018, the Rebecca Foundation launched the “Learning to Read and Reading to Learn” initiative to help improve literacy levels among Ghanaian children. The initiative involves a reading television show for children shown nationwide on GTV Saturdays at 12pm and repeated on Wednesdays at 5pm, the Ghana Learning TV, Net2, and GN Junior TV, as well as construction of libraries in school clusters that lack access to library facilities.