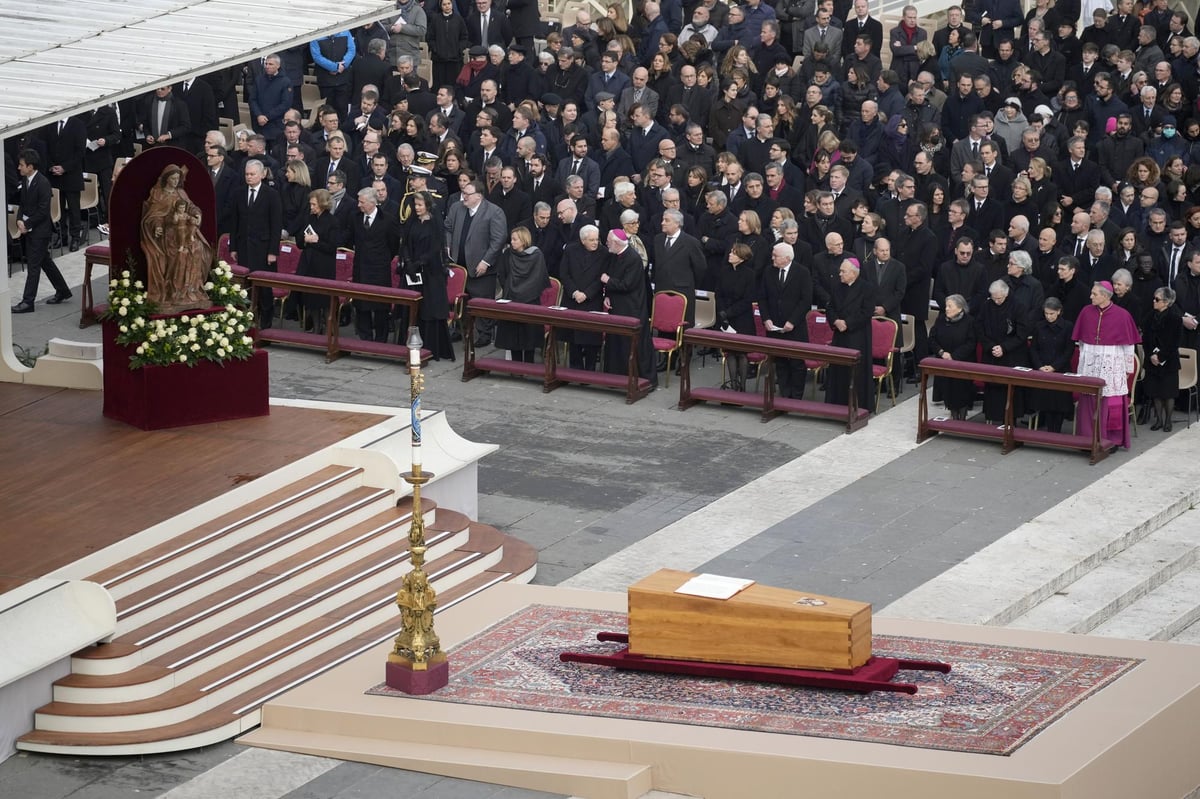 Mourners have poured into Saint Peter’s Square for the funeral of Pope Emeritus Benedict XVI to pay their final respects to the German theologian and attend a rare requiem mass for a dead pontiff presided over by a living one.

Bells tolled on Thursday and the crowd applauded as pallbearers carried Benedict’s cypress coffin out of the basilica and rested it before the altar in the piazza, as red-robed cardinals looked on.

Heads of state and royalty, clergy from around the world and thousands of worshippers flocked to the Vatican, despite Benedict’s requests for simplicity and official efforts to keep the first funeral of a pope emeritus in modern times low-key.

Many mourners hailed from Benedict’s native Bavaria and donned a traditional dress, including boiled wool coats to guard against the morning chill.

“We came to pay homage to Benedict and wanted to be here today to say goodbye,” said Raymond Mainar, who traveled from a small village east of Munich for the funeral. “He was a very good pope.”

The former Joseph Ratzinger, who died on December 31 at age 95, is considered one of the 20th century’s greatest theologians and spent his lifetime upholding church doctrine.

But he will go down in history for a singular, revolutionary act that changed the future of the papacy: he retired, the first pope in six centuries to do so.

Pope Francis has praised Benedict’s courage to step aside, saying it “opened the door” to other popes doing the same. Francis, for his part, recently said he has already left written instructions outlining the conditions in which he, too, would resign.

Francis was due to preside over the funeral, which authorities estimated some 100,000 would attend, higher than an original estimate of 60,000, Italian media reported, citing police security plans.

Early on Thursday the Vatican released the official history of Benedict’s life, a short document in Latin that was placed in a metal cylinder in his coffin before it was sealed, along with the coins and medallions minted during his papacy and his pallium stoles.