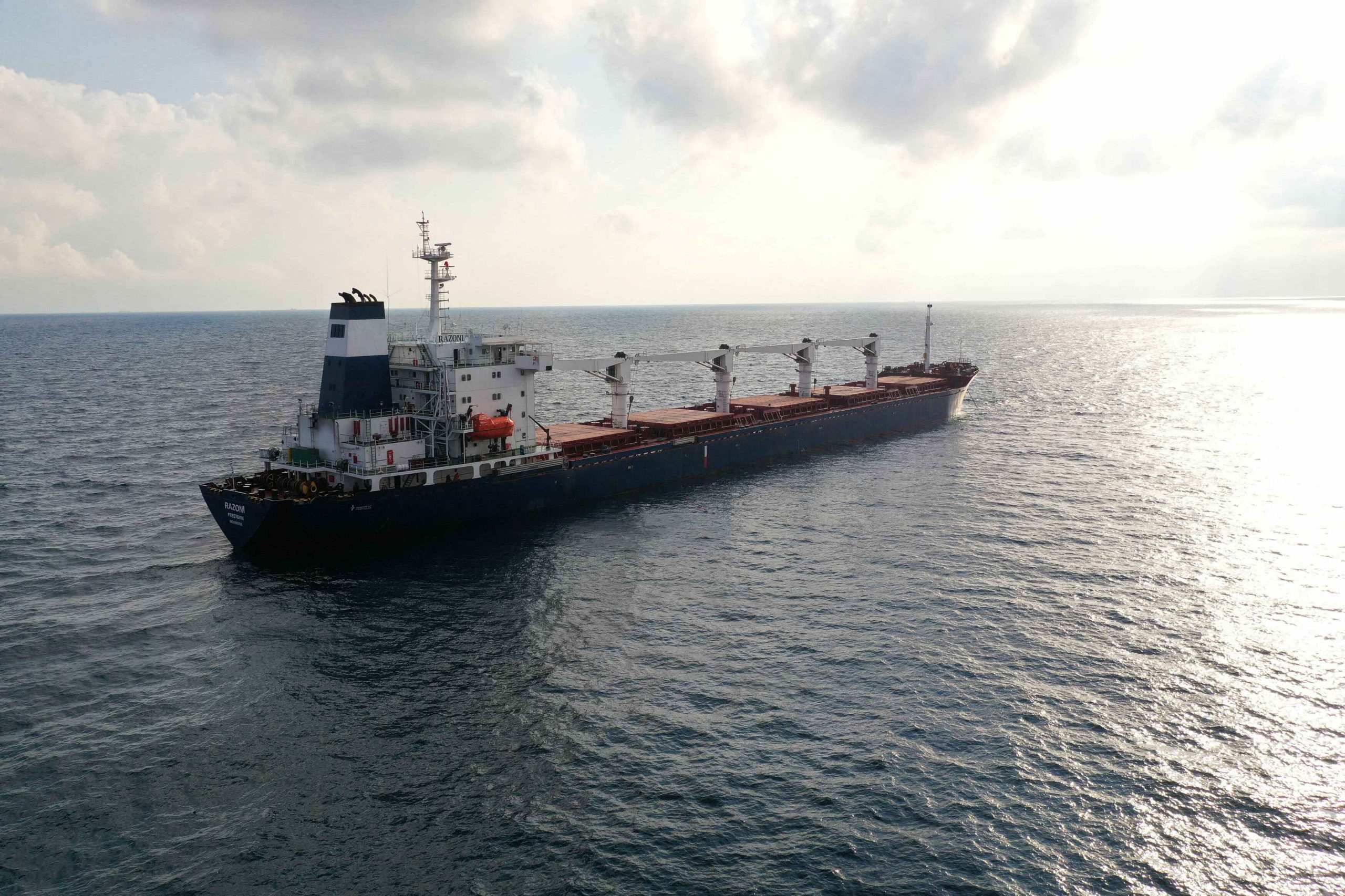 President Vladimir Putin has said Russia is suspending – but not ending – its participation in a deal that allows safe passage to vessels carrying Ukrainian grain exports.

Moscow pulled out of the UN-brokered agreement on Saturday, alleging that Ukraine had used a safety corridor in the Black Sea to attack its fleet.

The UN says there were no ships inside the corridor that night.

Ukraine has not claimed responsibility for the attack.

Ukrainian President Volodymyr Zelensky said the deal would be honoured and accused Russia of “blackmailing the world with hunger” – a claim Russia denies.

Despite the fallout, 12 ships containing 354,500 tons of food, including grain, left Ukraine’s Black Sea ports on Monday, Ukraine’s infrastructure ministry said. This constituted a record volume of exports since the grain deal began, said a spokesperson for Odesa’s military administration quoted by Reuters.

One of the vessels carrying 40,000 tons of grain was destined for Ethiopia, where “the real possibility of mass starvation” existed, the infrastructure ministry added.

After Russia invaded Ukraine in February, its navy imposed a blockade on Ukraine’s Black Sea ports, trapping about 20 million tonnes of grain meant for export inside the country, along with other foodstuffs such as maize and sunflower oil.

But in July, a deal between Ukraine and Russia was brokered by Turkey and the UN, agreeing to resume grain exports through the Black Sea ports.

On Monday, however, President Putin said the deal was being suspended, citing the “massive” drone attack on its fleet in Crimea that he alleged Kyiv was responsible for.

He said maritime safety must be ensured and that implementing grain exports under such conditions were too risky.

“Ukraine must guarantee that there will be no threats to civilian vessels,” Mr Putin said in a televised address.

Kyiv has not admitted responsibility for the attack, saying Moscow had long planned to abandon the internationally-brokered deal and used the attack as a pretext to do so.

“In conditions when Russia is talking about the impossibility of guaranteeing the safety of shipping in these areas, such a deal is hardly feasible, and it takes on a different character – much more risky, dangerous and unguaranteed,” Kremlin spokesman Dmitry Peskov said.

Russia’s withdrawal from the deal has been condemned by the US, who said Moscow was “weaponising food”.

The EU’s foreign policy chief, Josep Borrell, has urged Russia to reverse its decision, saying jeopardising the export of grain and fertilisers would impact the global food crisis.

The Russian ambassador to the US has rejected accusations that his country was exacerbating a global food crisis, saying it was unfair to criticise Russia.

The suspension comes as Russia says it has expanded its evacuations of the occupied Kherson region, despite stating over the weekend that these had come to an end.