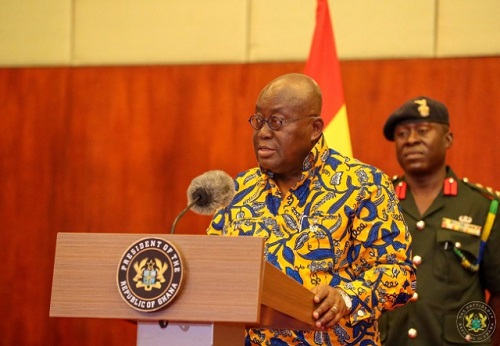 We can’t fix all the roads, but – Akufo-Addo

President Nana Addo Dankwa Akufo-Addo says it is virtually impossible for his government to fix all roads in the country.

However, he said a good number of them will be tackled next year.

Addressing an encounter with the media at the Jubilee House on Friday, December 13 in Accra, he said even though his government has dubbed next year as one for roads during which the country will see the construction and facelift of a good number of roads, the government does not have enough money to fix all deplorable roads in the country.

President Akufo-Addo acknowledged the fact that roads are very important in the development discourse of the country, for transportation of goods and services and for opening up the country for development.

He said government has spent over GH¢2 billion in paying road contractors to commence the construction of roads and so was very confident that 2020 would see a significant amount of roads expansion in the country.