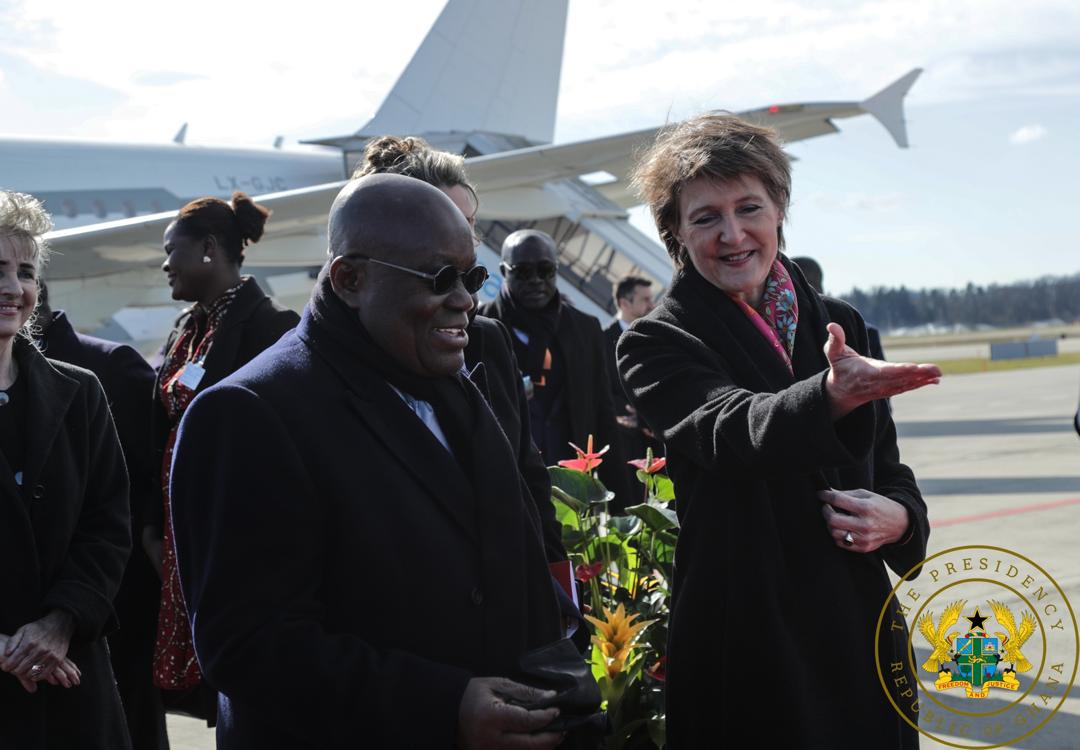 The President of the Republic, Nana Addo Dankwa Akufo-Addo, says Ghana no longer wants to be dependent on the production and export of raw materials, including cocoa beans.
President Akufo-Addo made this known on last Friday, when he delivered a statement at the Federal Assembly of the Swiss Confederation, in Bern, Switzerland, as part of a 2-day State Visit to that country, the first in 60 years by a Head of State from sub-Saharan Africa.
According to President Akufo-Addo, Ghana intends to process more export and add value to raw materials.

“Because we believe there can be no future prosperity for the Ghanaian people, in the short, medium or long term, if we continue to maintain economic structures that are dependent on the production and export of raw materials.”

He, thus, reiterated the commitment of his Government “to add value to our raw materials, industrialise and enhance agricultural productivity. This is the best way we can put Ghana at the high end of the value chain in the global market place, and create jobs for the teeming masses of Ghanaians”.
He stated that since assuming office on 7th January, 2017, his Government has continued to put in place a number of measures aimed at attracting investment into Ghana, as well as stimulating growth of the private sector.

“We have succeeded, over the last three years, in ensuring that all our macroeconomic indices are pointing in the right direction; cut our fiscal deficit; introduced a monetary policy that is stabilising the currency and reducing significantly the cost of borrowing; and have introduced a raft of tax cuts which are bringing relief to and encouraging businesses,” President Akufo-Addo said.

These interventions, he explained, have led to Ghana recording an annual GDP average growth rate of 7% since 2017, making Ghana, consistently, one of the world’s fastest growing economies during the period.

“We have one of the most business-friendly economies in Africa, evidenced in our status as the largest recipient of foreign direct investment in West Africa,” the President said.

Additionally, President Akufo-Addo told Members of the Federal Council that Ghana has also been selected to host the Secretariat of the African Continental Free Trade Area, a market of some 1.2 billion people, with a combined GDP of US$3 trillion.

Describing it as “the world’s largest free trade area since the formation of the World Trade Organisation”, he stressed that “our goal is to make Ghana the hub of trade in Africa.”

President Akufo-Addo reassured Members of the Federal Assembly that Ghana is fully committed to a democratic present and future, where respect for individual liberties and human rights, the rule of law and the principles of democratic accountability are at the core of our body politic.

“Ghana stands shoulder to shoulder with Switzerland in our joint determination to promote and protect human rights across the globe,” he added. The President continued, “I am hopeful that, as we shape the future of Ghana, and position Ghanaian enterprises to compete effectively on the world stage, we have friends, such as the Swiss Confederation, to support us in this objective. We are determined in Ghana to ensure that succeeding generations of Ghanaians do not become victims or pawns of the international economic order, but her beneficiaries.”

Describing the relations between Ghana and Switzerland as excellent, the President paid tribute to the work undertaken by the Basel Missionaries, who arrived in the then Gold Coast to undertake evangelical work.

The Missionaries pioneered the establishment of educational and health institutions across the country, are also responsible for the translation of the Bible from English into some Ghanaian languages.

“I have also personally benefited from these very good relations, because the first European Head of State to visit Ghana, when I assumed office as the 5th President of Ghana’s 4th Republic, on 7th January, 2017, was your 91st President, Her Excellency Mrs Doris Leuthard,” he added.