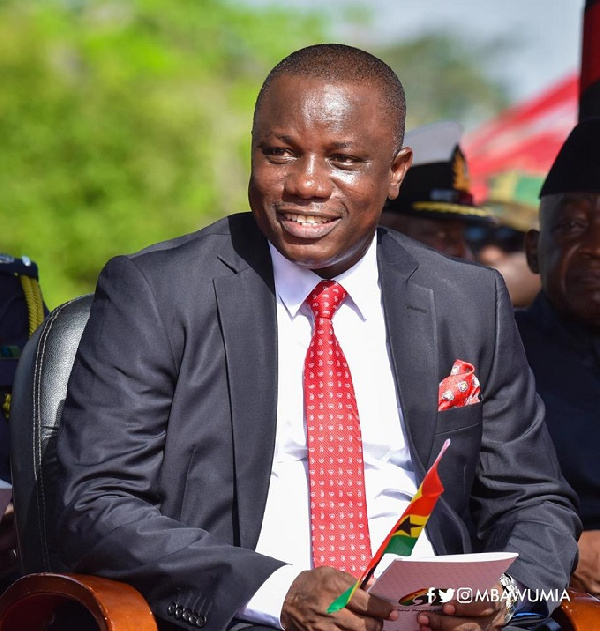 We Will Deal With Trouble Makers – Defence Minister

The Minister of Defence, Dominic Nitiwul, has said nobody should dare break the peace of the country since the military is ever ready for those who are bent on fomenting trouble.

He said the Ghana Armed Forces (GAF) would not spare anyone who falls foul with the law, adding that Ghana cannot export peace to other countries, while some of its citizens continue to foment trouble within the country.

Contributing to a statement on the Floor of Parliament on the commemoration of the International Day for the United Nations Peacekeepers, the Defence Minister stated that Ghana also needed to be peaceful as an exporter of peace.

“As we celebrate our peacekeepers today, let us remember that peace in Ghana is also paramount. We cannot export peace and at the same time fan trouble within the country,” he intimated.

He said Ghana has the ability to bring peace to the rest of the world because the nation is at peace, and added that across the globe the country is praised for its peacekeeping efforts.

“We export peace to the rest of the world. We do that in Lebanon, Southern Sudan, and Congo. Today, Ghana is known to have the ability to export peace.

“One of the contingents that the Liberians would run to when in trouble during their civil war was the Ghanaian troops. It shows the ability of the Ghanaian soldiers. I salute our soldiers,” he noted.

The maker of the statement, Major Derrick Oduro (Rtd), who is also the Deputy Minister for Defence, praised female soldiers for their role in the peacekeeping efforts.

According to him, the first Ghanaian female soldier participated in UN peacekeeping effort in 1984 and since then several female soldiers have joined.

“The whole world has praised Ghana because of the enviable contributions by our peacekeepers, especially our women,” he added.

The Minister of Foreign Affairs, Shirley A. Botchwey, also said Ghana has an enviable record in a peacekeeping operation, adding that the country is among the top 10 troop contributors in the world.

“It is gratifying to note that our military and police have held top positions within peacekeeping at the UN,” she indicated and continued that this was “a testament of the quality of our men and women in uniform.”

This year’s commemoration was held under the theme: “Women in Peacekeeping”, and she said the theme was very appropriate and significant, pointing out that “it is important to recognize the role of women in this enterprise.”