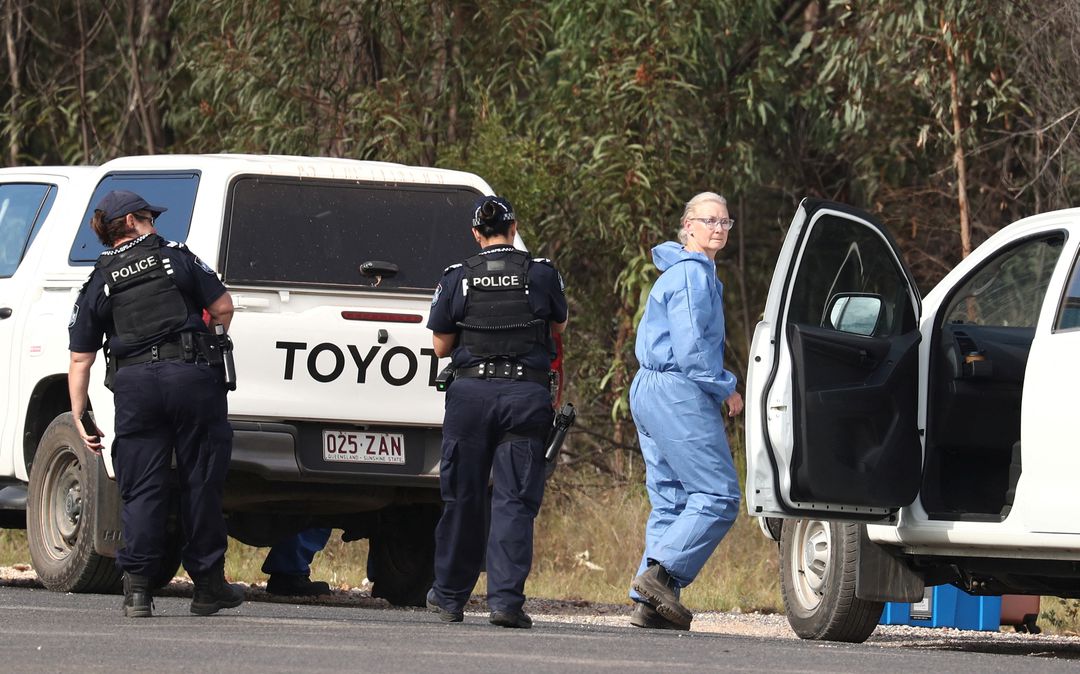 Six people, including two police officers, have been fatally shot after a suspected ambush at a remote Australian property.

Police said they had been searching for a missing person in Wieambilla – 270km (168 miles) west of Brisbane, Queensland – when they were fired upon.

Four police officers – who are armed in Australia – initially went to the property on Monday afternoon local time, after a request from New South Wales police.

Constables Matthew Arnold, 26, and Rachel McCrow, 29, were shot dead as they approached the property. Another officer suffered a “bullet graze” and the fourth escaped without physical injury, police said.

A neighbour, 58-year-old Alan Dare, was killed by the suspects after going to the property to investigate.

The siege involved “many weapons” and continued for hours, before the suspects – two men and a woman – were shot by specially trained officers, authorities said.

One was identified as Nathaniel Train, 46, a former school principal and the missing person police had been sent to check on.

The others were his brother Gareth Train, 47, and Gareth’s wife Stacey Train, 45, who co-owned the property.

Queensland Police Commissioner Katarina Carroll described the attack as an “unimaginable tragedy” and the force’s largest loss of life in a single incident in many years.

“Those officers did not stand a chance. The fact that two got out alive is a miracle,” she said after visiting the scene on Tuesday.

The uninjured officer – a rookie sworn in only weeks ago – managed to find cover and call for help.

The suspects had then tried to draw her out by lighting a fire, said Queensland Police Union president Ian Leavers.

“I do know she was sending messages to loved ones, saying she was at a point where she thought it was her time. What was going through her mind, one cannot comprehend.”

Specialist police later arrived and took over the operation.

Mr Arnold and Ms McCrow were relatively new to the police force but were much loved, said Ms Carroll.

“Both under 30 years of age. Both had wonderful careers and lives ahead of them,” the visibly emotional commissioner told reporters.

Ms Carroll said she couldn’t comment on a possible motive or say if police were lured to the property, citing the ongoing investigation.

Several media outlets reported that Gareth Train appeared to have contributed often to online forums which promoted conspiracy theories. In posts he had expressed a distrust of police and wrongly claimed the country’s deadliest mass shooting was a government ploy to disarm Australians, The Guardian reported.

Australia introduced some of the world’s strictest gun regulations after 35 people were killed in a massacre by a lone gunman at Port Arthur, Tasmania, in 1996.

Since then, there have been only three mass shootings – defined in Australia as those resulting in at least four deaths, excluding perpetrators.

Mr Albanese said Monday’s shooting was devastating “for everyone who loved these Australians” and “our hearts go out to those in the grip of terrible grief”.

He noted it would be a “rough day indeed” for all police officers and their families. “This is not a price that anyone who puts on the uniform should ever pay,” he said.

“[These] are small country towns where this sort of thing just doesn’t happen,” he told the ABC.

The deaths will be investigated by the coroner and the police response will be examined by the force’s ethical standards command, in line with standard practice.