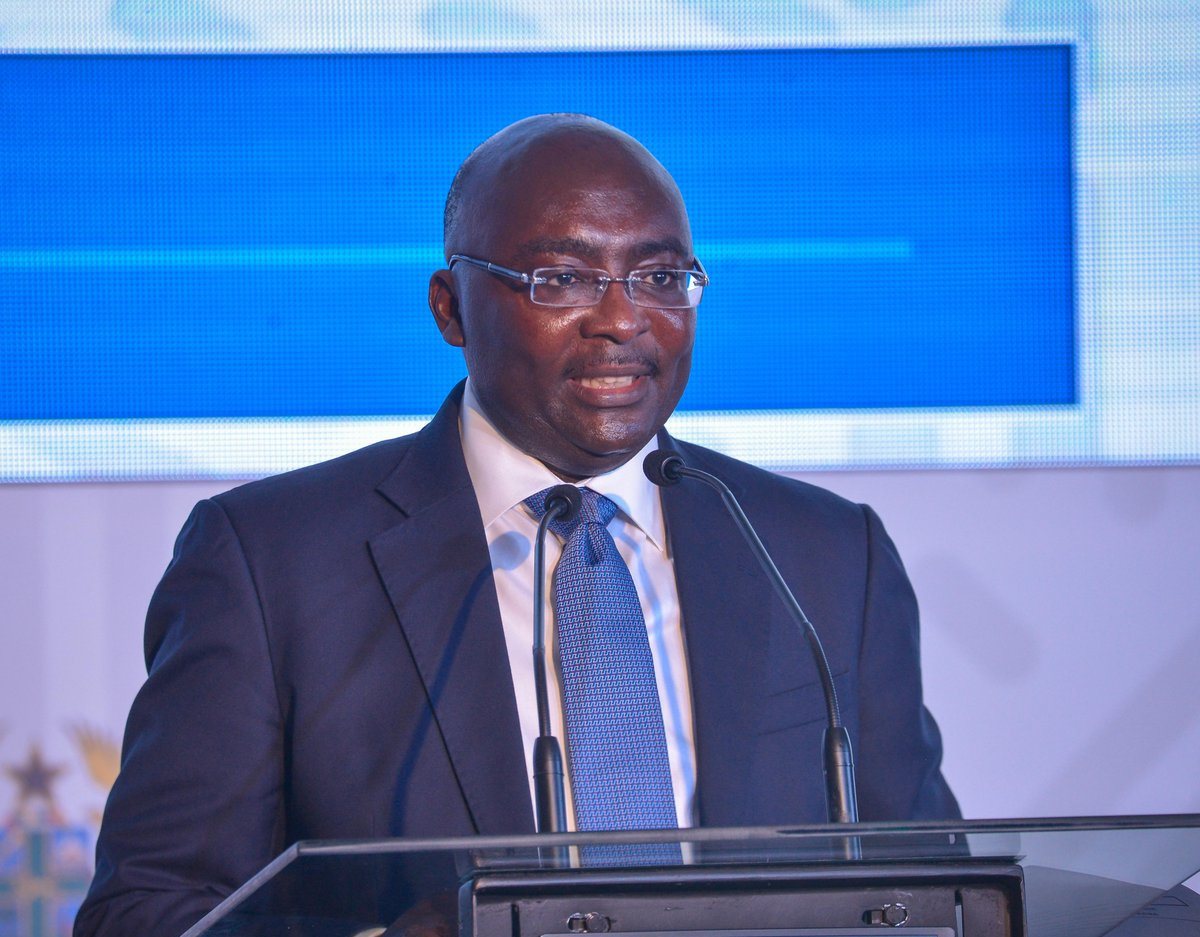 Vice President Dr. Mahamudu Bawumia has reminded former President John Mahama that the economy he superintended between 2012 and 2016 was so fragile that he couldn’t even mitigate and cushion people from an internally created problem like dumsor.

The former President last week claimed the economy under the leadership of Nana Akufo-Addo is weak and has been exposed in just one month by the Coronavirus pandemic, which has affected several countries around the world.

Speaking to journalists at the Jubilee House on the sideline of a Covid-19 meeting on Monday, Vice President Bawumia wondered how a former President whose administration and economy could not handle dumsor for four years would be making comparisons with a global pandemic like the Coronavirus.

“I just want you to ask yourself, how have these two crises been managed? The dumsor crisis which crippled this economy for four years. What were the mitigating measures offered to businesses and individuals during the dumsor, an internally generated crisis?” the Vice President asked.

“You look at the Coronavirus crisis and you look at the difference in terms of what has happened. The President has reduced electricity prices and has made it free for lifeline consumers. He has given free water to all Ghanaians for three months, has made sure that there is a stimulus package of 600 million Ghana Cedis for businesses and we have seen domestic production of PPEs (personal protective equipment) for our health workers locally.”

Having laid bare the differences between the fragile economy under John Mahama which he said couldn’t ameliorate  the suffering of Ghanaians and businesses for four years, and the robust economy under Akufo-Addo which he said has taken mitigating measures to cushion Ghanaians despite the effects of the virus on the economy, Dr. Bawumia was emphatic in proclaiming who Ghanaians would trust in times of crisis.

“So the difference couldn’t be more stark between the leadership under a crisis under dumsor and that under the Coronavirus epidemic. So I ask a simple question, who will you trust in a time of crisis?

“The answer, I will say, is very very clear. Nana Addo Dankwa Akufo-Addo has shown leadership and concern for ordinary Ghanaians.”