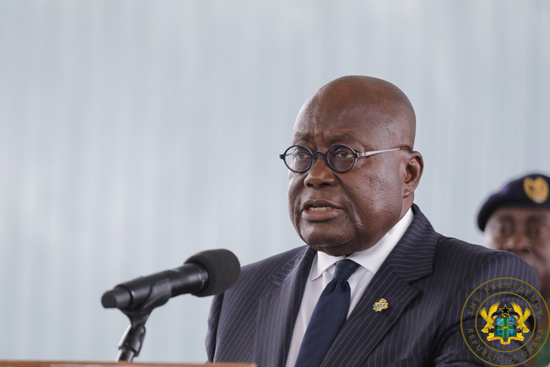 An unprecedented amount of GHS3 billion is being released to fix the nation’s roads.

This is the first time ever that Government has at a go paid anything close to such an amount. A far cry from 2015/16 when billions of cedis of road contracts were awarded without any clear indication as to how the state was going to fund the public works.

All 1,730 road contractors who are owed arrears, some dating back 2013, are from this week laughing all the way to the bank. At least GHS2.8 billion is expected to be disbursed this month, with an additional GHS1 billion of fresh cash to be spent on cocoa roads and other feeder roads.

There is more good news, as the President has directed that the Fidelity Bank facility to be used to pay the contractors owed should not be charged at any discount to any contractor.

This means that, first of all, all 1,490 contractors owed GHS2.3 billion by the Road Fund will be paid this month with a Fidelity Bank facility and not even the big contractors will be asked to take a haircut before being paid.

Secondly, all 240 contractors owed a total of GHS1.6 billion by the Government of Ghana will be paid through another Fidelity Bank facility.

Government’s indebtedness to road contractors totalled GHS3.9 billion (GHS2.3 billion owed by the Road Fund and GHS1.6 billion by GoG). This was after the Akufo-Addo government cleared GHS2.7 billion of road arrears since 2017.

Last Friday, Fidelity Bank began the process of paying all the 192 contractors owed by the GoG. The next stage, which started today, is the payment of at least 40% of the total amount owed to the remaining 48 contractors who are owed GHS5 million or above by GoG. The Ministry of Roads is expected to exercise some discretion in paying over GHS1 billion to them. The discretion will be weighted in favour of contractors who are ready to return to site to resume work, according to senior source at the Ministry.

Separately for the Road Fund, the GHS1.2 billion arranged by the Ministry of Finance will see all those owed less than GHS1 million being paid in full. The remaining 264 contractors are expected to receive at least 40% of what is owed them but with a bias towards those prepared to resume construction.

With over 80% contractors to be paid in full and the rest receiving at least 40%, this should inject liquidity into the system as we head towards Christmas.

Additionally, this will allow contractors that have stopped work as a result of non-payment to return to site.

Again, this extraordinary move by the NPP government should increase the free cashflow available to the Road Fund, allowing for regular maintenance of roads in 2020.

Cocobod is also to inject GHS1 billion to pay for selected roads mainly in the cocoa growing areas.

Overall, this record injection of cash into the roads sector is a clear indication that the economy has fully turned the corner and that the country can expect greater liquidity as the economy moves into overdrive.

Ghana is expected to be among the fastest growing economies in the world this year.