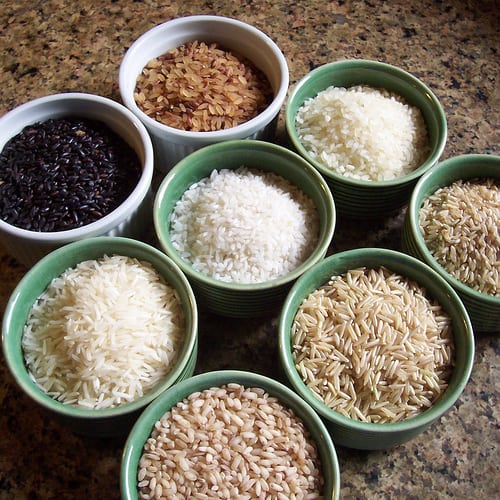 The Ministry of Food and Agriculture has set a target to make Ghana self-sufficient in rice production in the next two years.

The sector minister, Dr Owusu Afriyie Akoto, said the government had invested in harvesters, other farming implements and brought in four different types of solar-powered milling machines from China to improve on the production chain of rice.

The minister disclosed this during an interaction with farmer groups and value chain operators in the agricultural sector in the Bono, Bono East and the Ashanti regions.

Dr Akoto, who was on a four-day tour to those regions, also visited some farms to get first hand information on the state of the sector as the farming season had begun.

During the tour, the minister met with all the regional and district directors of agriculture in the three regions, actors in the agricultural value chain such as market women, input dealers, tractor operators and agro-food processors to ascertain their major challenges and what the government could do to help them.

The minister observed that throughout the tour, the major challenges confronting the farmers had to do with the absence of the needed machinery to enable them to expand their farms, harvest timeously, mill the paddy rice, store their crops and how to find market.

He said the concerns and challenges of the farmers were being addressed as the ministry had already taken delivery of 1,000 hand-held farming implements for distribution to farmers throughout the country.

He explained that the implements were procured with a Brazilian facility to address the challenges facing farmers by easing the drudgery of manual farming. Additionally, the solar-powered milling machines had been sited in four different locations on a pilot basis, and when proved to be effective and efficient, would be followed with over a 1,000 of such machines throughout the country where they were most needed.

Dr Akoto said with the introduction of the Planting for Food and Jobs initiative, rice production had jumped from 138,000 metric tonnes in 2016 to 665,000 in 2019, projecting that by 2023, the country would have reached self-sufficiency with about 29,000 metric tonnes as surplus to spare.

The minister, however, reminded the farmers that the machines were procured with a loan facility, and, therefore, urged them to work with them and use the proceeds to pay back.

He urged them to form cooperatives to be able to attract support since individually it could be a challenge raising the needed funds to buy the implements.