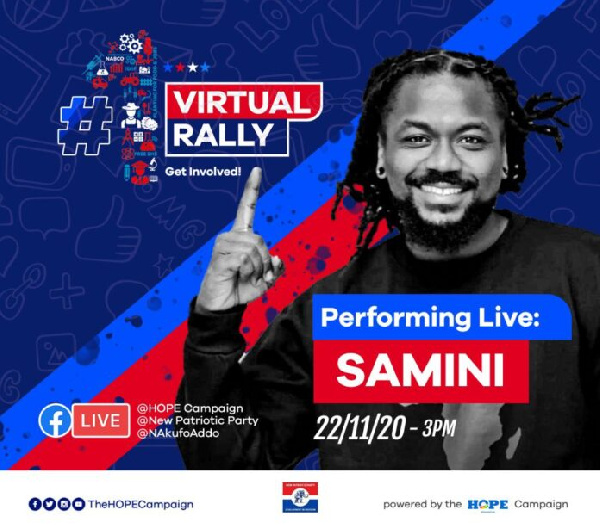 The second edition of the virtual rally will be themed ‘JOBS’ and will kick off at 3pm.

The virtual rally is organised by the HOPE campaign, a formidable campaign group affiliated to the ruling New Patriotic Party. The decision to hold a virtual rally is to get around the dreadful Coronavirus disease.

The HOPE campaign, one of the campaign strategies rolled out ahead of the 2016 election is credited as immensely contributing to the victory of President Akufo-Addo.