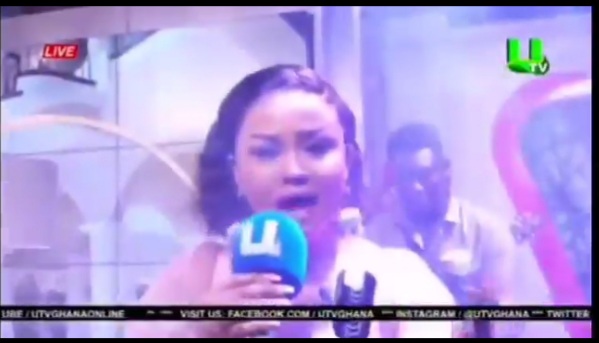 Host of the most watched Saturday evening show in Ghana United Showbiz, Empress Nana Ama Mcbrown thrilled Viewers with her rapping ability on her show.

Despite her recent marital troubles, Empress doesn’t joke with her professional, as always host the show in a extraordinary manner.

This might not be the first time she mounted the stage to exhibit her singing abilities, but the rapping style would be considered as the first.

The actress took lines from her Ex boyfriend Okyeame Kwame’s song, modified the rap line to suit her and delivered an amazing performance with the live band.