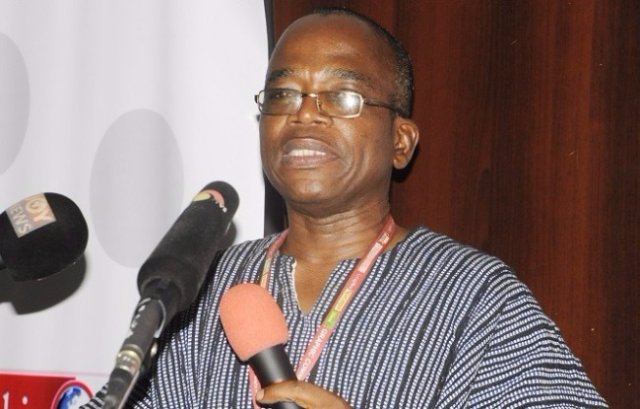 We Don’t Have The Power To Ban Fake Pastors, Mallams And Fetish Priest On TV- NMC

The National Media Commission says they don’t have any mandatory power to revoke or ban spiritualist from live broadcast or advertising their works on television.

News buzzing on section of the news portals and other social media platforms indicates that effective Friday 1st May 2020, the national media commission will issue a ban on mallams and fetish priests not to broadcast or advertise their work on television.

The report attributed to Kojo Oppong Nkrumah, the Information Minister, goes on to say the office of the president has written a letter to the National Media Commission to issue this ban.

The digital television platform has turned their purpose to spiritualism and magic money displayed by fetish priest, mallams and self –acclaimed pastors.

Clarifying the position of the National Media Commission on the purported ban, Mr. Boadu Ayeboafo , the Chairman of the NMC says the commission has no plans to ban fetish priest or mallams from advertising or live broadcasting their works on television station.

‘’The statement is not from us so I will classify it to be fake news from unscrupulous people’’
Speaking on Ashh Fm’s National Agenda on Thursday, 30th April, 2020 Mr. Ayeboafo told show host Oderfour Qwasi Kay, that there is no legal power that allows the commission to take such decisions.

‘’ The commission doesn’t have any legal backing to ban, what we do is when an issue is brought before us we mediate and call on the guilty party to either render an apology or bow to other party, this is what we have been doing’’, he reiterated.

Mr. Boadu Ayeboafo called on the public to disregard the reportage that the National Media Commission effective tomorrow 1st May, 2020 is issuing a ban on spiritualist and self-acclaimed pastors from live broadcast on television station.

‘We can’t take the law into our hands and start banning people, we can’t do that and I must emphasize that we don’t have that power and president of the land can’t even do that unless Parliament decides on a bill  to restrict these deeds,

He disclosed that, official communiqué to refute this false reportage will be issued in due course by the executive secretary of the commission.

When asked about his personal view about this trend, Mr. Ayeboafo furiously told Ashh Fm that, sometimes he feels like if he were God he would have strike thunder on these spiritualist and self-acclaimed pastor who sit on TV and radio to dupe innocent people.

He further stated that, he feels like it is not right for such people to be given a license to operate a television or radio station because of their unethical conducts.